A transmission system operator (TSO) is a term defined by the European Commission as an organisation committed to transporting energy in the form of natural gas or electrical power on a national or regional level, using fixed infrastructure. The certification procedure for TSOs is listed in Article 10 of the 2009 Electricity and Gas Directives.

Due to the costs to establish a transmission infrastructure, including main power lines or gas main lines and associated connection points, a TSO is usually a monopoly, and as therefore often subjected to regulations.

In a natural gas business, TSOs roles include receiving gas from producers, transporting it via pipeline through an area and delivering it to gas distribution companies.

In the United States, the organisation categories are similar, being an independent system operator (ISO) and regional transmission organization (RTO).

Safety and reliability are a critical issues for TSOs, with natural hazards and generation/consumption imbalances are a major cause of concern. To minimise the probability of grid instability and failure, regional or national transmission system operators are interconnected.

The roles of the TSO in a wholesale electricity market include managing the security of the power system in real time and co-ordination of supply and demand for electricity that avoids fluctuations in frequency or interruptions of supply. The TSO service is normally specified in rules or codes established as part of the electricity market.

The TSOs function may be owned by the transmission grid company, or may be entirely independent. TSOs are often wholly or partly owned by state or national governments. In many cases they are independent of electricity generation companies (upstream) and electricity distribution companies (downstream). They are financed either by the states or countries or by the charging of a toll proportional to the energy they carry.

All TSOs are required to maintain a continuous (second-by-second) balance between electricity supply from power stations and demand from consumers, and also ensure the provision of reserves that will allow for sudden contingencies. TSOs achieve this by determining the optimal combination of generating stations and reserve providers for each market trading period, instructing generators when and how much electricity to generate, and managing any contingent events that cause the balance between supply and demand to be disrupted. TSO staff undertake this work using sophisticated energy modelling and communications systems

In addition to its roles of real-time dispatch of generation and managing security, the TSOs also carry out investigations and planning to ensure that supply can meet demand and system security can be maintained during future trading periods. Examples of planning work may include coordinating generator and transmission outages, facilitating commissioning of new generating plant and procuring ancillary services to support power system operation.

ENTSO-E publishes summer and winter generation outlooks, and a long-term Scenario Outlook and Adequacy Forecast (SO&AF). The seasonal outlooks assess if there is enough generation to cover supply and highlight possibilities for neighbouring countries to contribute to the generation/demand balance in critical situations in a specific country. The SO&AF analyses system adequacy in the long-term and is connected to investment decisions.

A gas TSO works for the functioning of the internal market and cross-border trade for gas and to ensure the optimal management, coordinated operation and sound technical evolution of the natural gas transmission network. Some gas TSOs also provide the marketplace for gas trading, either directly or through 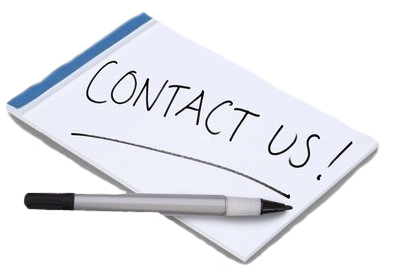